The Hobbit: An Unexpected Journey - Story 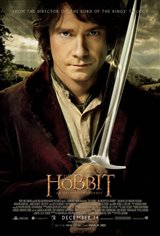 As with Peter Jackson's The Lord of the Rings trilogy based on the novels by J.R.R. Tolkien, the prequels The Hobbit: An Unexpected Journey and The Hobbit: There and Back Again were also scheduled to be filmed on location in beautiful New Zealand. However, for a while in 2010, just before filming began, it looked like the film might wind up being shot elsewhere due to a disagreement with the International Federation of Actors.

On 24 September 2010, the federation issued a warning to its members, including the members of affiliated unions such as the Screen Actors Guild that they were not allowed to work on the production, saying, "The producers...have refused to engage performers on union-negotiated agreements." The warning meant that actors who worked on the film would face being thrown out of the union.

Not willing to give in to the federation's demands, Warner Bros. and New Line Cinema considered filming elsewhere. Jackson, a native New Zealander, suggested filming in Eastern Europe.

However, New Zealanders were outraged, knowing that if the production moved elsewhere, it would cost New Zealand up to $1.5 billion in lost revenue. They organized protest rallies on October 25, 2010 and following two days of talks between the New Zealand government and Warner Bros., it was decided that The Hobbit movies would be filmed in New Zealand after all.

Legislation was introduced to clarify the distinction between independent contractors and employees working in the film production industry. The government also broadened their financial support for big budget films made in the country.

Principal photography began March 21, 2011 in the beautiful town of Wellington, New Zealand. Filming also took place in the town of Matamata and other scenic locations around New Zealand.