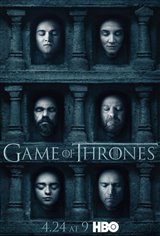 Born September 20, 1948, George Raymond Richard Martin, often referred to as GRRM by his fans, is the wildly successful author behind the extremely popular book series, A Song of Ice and Fire, turned into the hit HBO television series, Game of Thrones.

The novel series is called A Song of Ice and Fire, with the first book in the series titled A Game of Thrones.

GRRM was a successful sci-fi, fantasy and TV writer who had written episodes of the 1986 series The Twilight Zone, followed by several episodes of Beauty and the Beast and The Outer Limits. However, he eventually got fed up when pilots he wrote weren’t picked up, as well as by money limitations and other issues affecting his writing career in television at the time.

Martin’s first book, a collection of short stories, A Song for Lya and Other Stories, was published in 1976. His first novel, Dying of the Light, followed closely behind in 1977. He decided to return to writing books.

In the summer of 1991, Martin had a vision while at work on a different novel. The vision ended up being the first chapter in A Game of Thrones, in which the Stark characters find their direwolf pups. Inspired by The Lord of the Rings author J.R.R. Tolkien’s books, the first chapter lead to a second and from then on Martin wrote a few more chapters and started making maps and genealogies for his fantasy world book.

The writing of A Game of Thrones was put on hold for a few years while Martin returned to Hollywood to write a TV series for ABC that never aired.

In 1994, Martin finished the first 200 pages of A Game of Thrones as well as a story projection for the series that he planned to be a trilogy, with novels A Dance With Dragons and The Winds of Winter planned as the last two books.

When Martin had written 1400 manuscript pages, with the first novel still far from finished, he knew the series was going to be much longer than expected. A Game of Thrones was finally released in August 1996. The second novel, A Clash of Kings, was released in February 1999 and became the first of the series to reach the New York Times Best Seller List. The third installment, A Storm of Swords, was released in November 2000 and debuted at number 12 on the New York Times Best Seller List.

GRRM ran into difficulty when writing the fourth book. The storyline was expanding and the plot was becoming more complicated. Martin did not want to sacrifice any characters or the story by shortening so it could be published. Martin then decided to make the fourth book into two novels and the first one, A Feast for Crows, was released five years later in November 2005.

During the six-year gap between the fourth and fifth novel, Martin sold the rights to HBO to turn Ice and Fire into a TV series in 2007. They called the series Game of Thrones and aired the first season in April 2011. The show’s production has been extensive and expensive from the beginning. International Business Times reported that the series had a budget of $6 million an episode, because it films in many diverse locations that television series would normally not shoot in, such as Croatia, Ireland, Scotland, Morocco, Malta and Iceland.

The series is also the most pirated television show in the world, a main reason being that HBO is a subscription based channel that still pulls in an average of 6 to 7 million viewers an episode.

Fans are now anticipating the release of the sixth book. Martin has said that he wants the series to be complete after a seventh book, titled A Dream of Spring, but will make sure the story finishes the way he intends to finish it. GRRM continues to write the series in his office in Santa Fe, New Mexico and hopes to have the next book, The Winds of Winter, complete by premiere of the sixth season. ~Erin Stewart