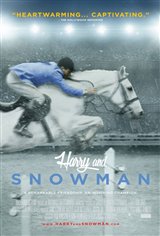 Harry deLeyer grew up on a farm in Sint Oedenrode, Netherlands. His family also ran a brewery, and delivered the beer by horse and cart. Harry began riding at age two and by the age of eight, he was an accomplished rider who was competing in local shows.

When the Nazis invaded Holland on May 10, 1940, they drove off everyone's horses, leaving them to die. Harry found them and saved them. During the war, the deLeyer family became members of the underground Dutch Resistance, hiding Jews on their farm, then helping get them out of Holland to safety.

In 1950, Harry, now a married man, moved to the United States, where he had a job on a tobacco farm in Greensborough, North Carolina waiting for him. Although he was happy to be working on a farm, he missed riding so when everyone else was relaxing after a hard day's work, he would ride one of the work horses. He entered a competition that offered $10 to the top rider and won first prize. A well-known trainer named Mickey Walsh saw Harry win and approached him, saying he should be working with horses, not as a farm laborer. Harry kept in touch with Mr. Walsh and when the tobacco farm failed, Walsh just happened to know of a horse farm that needed a manager.

That led to Harry eventually being hired as a riding instructor in 1954 at the exclusive Knox School — a private girls’ school on Long Island, New York. In winter 1956, Harry was on his way to a horse auction in New Holland to see if he could find a gentle school horse. Unfortunately, a flat tire caused him to be delayed. He arrived just in time to see the horses who had not been sold as they were being loaded on a truck headed for slaughter for the dog food industry.

Harry asked if he could have a look at the remaining horses. A skinny gray plow horse caught his eye. Harry could see the gentleness and peace and trust in the big horse’s eyes. He paid $80 for the horse.

Harry let his four-year-old daughter, Harriet, name the horse. When the big gray arrived at their home and was led off the truck, snow was falling and the horse was soon covered in white, fluffy powder. Little Harriet thought he looked like a Snowman, and the name stuck.

Although he was a big, gentle horse, Snowman unfortunately didn’t seem to have any talent for jumping at first. Because of his size, he didn’t show any effort when it came to small jumps that were three feet and under.

Each summer when the school closed, money was tight for Harry and his family because he didn't get a paycheck. When a doctor who had a farm six miles away came looking for a quiet trail horse, Harry reluctantly sold Snowman to him for $160.

Snowman returned to Harry’s farm numerous times, having jumped out of the doctor's paddock, no matter how tall the fences were raised. The last time it happened, Snowman had his halter tied with a lead rope to an old tire, in an effort to keep him in the paddock, but it wasn't long before he showed up at Harry's farm, dragging the tire behind him. The doctor reported that Snowman had jumped fences over five feet to get out of the paddock. Harry was touched by Snowman's faithfulness. He'd missed the big gray and it wasn't hard for him to decide to take Snowman back — not that the horse had left him any option.

Harry tried Snowman again as a jumper, with jumps up to three feet, but found the horse was still awkward — that is, until on a whim, he aimed him at a four foot fence. Snowman soared over it with ease. Harry kept raising the jump and found to his amazement that Snowman could jump as high as 6 feet 6 inches, higher than most professional showjumper horses needed to clear in Grand Prix competitions.

In 1958, Snowman was champion at several shows, including at Madison Square Garden. He also was champion at the prestigious Southhampton Horse Show, now known as the Hampton Classic. Instantly famous in the world of showjumping, Snowman and Harry were featured in a 1959 issue of Life magazine.

Snowman also made appearances on several TV shows, including the late night talk show The Tonight Show with Johnny Carson, with the host climbing a ladder to sit on Snowman’s back.

Harry officially retired Snowman from competition in 1969. Several books were released detailing Snowman's life, including a children's book titled The Story of Snowman: The Cinderella Horse, written and illustrated by Tony Palazzo and a biography, simply titled Snowman, by Rutherford Montgomery. The beloved horse lived with Harry for the rest of his life until he died of kidney failure in 1974.

Snowman was inducted into Show Jumping Hall of Fame in 1992 and released as a Breyer horse in 2005. Although the model was eventually discontinued, it was reintroduced in 2013.

The story of Harry and Snowman was also told more recently in the 2011 book The Eighty-Dollar Champion: Snowman, the Horse That Inspired a Nation by Elizabeth Letts.

The story of Snowman still inspires, in a day when most Grand Prix champion jumpers cost hundreds of thousands of dollars or even millions. In 2016, the documentary film Harry and Snowman was released by Docutainment Films. ~Alexandra Heilbron