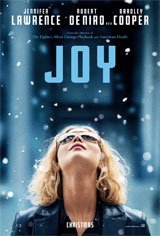 Joy Mangano's staggering success is the result of persistence, passion and perseverance. But before she was able to reap the rewards of her entrepreneurial endeavors, she was a young girl in New York tinkering with her family's toaster in an effort to both roast and toast. At the age of 12, the wheels of Joy's inventive mind were already turning.

Born on February 15, 1956 in East Meadow, New York, Joy was raised in Huntington. Her father operated a business that rented out school buses and airport shuttles, and he also owned a body shop.

As a teenager, Joy had her first brush with entrepreneurship while working at an animal hospital. To make cats and dogs more easily visible to cars at night, she created a fluorescent flea collar. A year later, Hartz released a similar product and Joy vowed to never sit on any future ideas.

After graduating from high school a year early with honors, she attended Pace University. She earned a BA in business administration from the college in 1978. It was at Pace where Joy met Anthony Miranne, a fellow business student. The two fell in love, married and had three children together — Christie, Robert and Jacqueline.

But by 1989, Joy was unhappy in her marriage. She and Anthony divorced and she was left burdened by the bills she had to pay on her own. To make ends meet, she worked as an airline-reservations manager and waitress, and even sold homemade grapevine wreaths on the side. In a 2016 interview with Good Housekeeping, she was candid about her solemn state during the trying period, saying, "I don't think there was a lower point in my life.”

While performing monotonous housework in 1989, she was struck by an idea to make mopping easier. Joy came up a mop that would pair durability with easy wringing, and in 1990 she created a prototype for her invention, which she called the Miracle Mop. Using her father's auto-body shop as a production facility, she had 100 of the mops made. The development process cost her $100,000 — money she borrowed and dipped into her savings to muster.

In the interview with Good Housekeeping, Joy said it was difficult to reach out with her product. "As a single mom female inventor, there was no path...so really, I don't think people took me seriously for a really long time," she revealed.

By 1992, Joy decided to make a move with her mop. She pitched her product to QVC, the network that specializes in televised home shopping. They were receptive to her creation and ran it on air. However, it failed to generate interest.

Speaking to the investigative news program 20/20 years later, Joy said, "At first, it was demonstrated on TV without me. And it didn't do so well. They wanted to return the mop."

But Joy was adamant that it had a place on the market, and suggested that she appear on screen with the mop to fuel sales. "I got on stage and the phones went crazy and we sold out every last mop," she said.

Following the success of the Miracle Mop, Joy created the Rolykit, the Piatto Bakery Box and Huggable Hangers—a velvet, non-slip hanger which are Joy's most lucrative products. Approximately 700 million Huggable Hangers have been sold to date, making them the best-selling product in the Home Shopping Network's history.

With over 100 patents for her inventions, Joy has sold more than $3 billion in products. Her reported net worth towers at $50 million.

She has been named “Long Island Entrepreneur of the Year” by Ernst and Young and she has twice been honored for her achievements in Fast Company rankings of creatives and women in business.

In 1999, Joy sold her company Ingenious Designs LLC to the parent company of HSN. She stayed on as president and made room for her children within the company. Christie is senior VP of brand development, merchandising and marketing strategy. Bobby, a lawyer, oversees business development and global strategies, while Jackie is regularly featured in HSN style segments as a model.

Even though Joy and Anthony separated in 1989, they remain close friends and business associates.

In 2016, Joy released the New Miracle Mop. During her interview with Good Housekeeping, she said, "I realize now the only thing harder than inventing is reinventing."

Joy's inspirational rise from rags to riches is illuminated in David O. Russell's Golden Globe-winning film Joy, starring Jennifer Lawrence in the title role. However, the 2015 biopic is only partially based on Joy's experiences. According to Russell, it's based on the struggles of several other entrepreneurs as well. Also, in the movie, Joy has only two children and the name of her youngest in real life is given to her best friend — Jackie (Ronnie in real life). Although in the movie Joy has an annoying half sister, the character is completely fictional — she was created just for the movie.

In the film, QVC executive Neil Walker (played by Bradley Cooper) asks Joy to initially produce 50,000 mops before he'll air a segment to promote them. In reality, she was asked for only 1,000 — as well, Neil Walker is an composite of several executives whom she dealt with at the network. However, the part about Joy's best friend (Ronnie) calling the show to ask about the mop on air actually happened.