The Lord Of The Rings: The Two Towers - Story 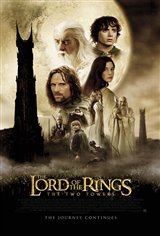 Orphaned at the age of 12, John Ronald Reuel Tolkien found himself under the care of Roman Catholic priest Father Francis Xavier Morgan, who was appointed guardian of Ronald and his younger brother Hilary. The boys' father had died when the children were toddlers, and their mother died of diabetes.

Ronald, who was enrolled in boarding school prior to his mother's death, had a close group of friends at school, with whom he formed the semi-secret society T.C.B.S. (Tea Club and Barrovian Society). The four boys would meet at Barrow's Stores near the school and drink tea while discussing literature and other topics of interest.

At 16, Ronald met and fell in love with Edith Mary Bratt, who was then 19, when he and Hilary moved into the boarding house where she lived. However, the relationship was brought to a halt by his guardian, Father Morgan, who was horrified that Ronald was courting a Protestant. He forbade his charge from meeting with, talking to or contacting Edith in any way, threatening to cut off the boy's school funding.

Ronald had no choice but to comply, but he never forgot Edith. Just prior to his 21st birthday, he wrote Edith a letter telling her he still loved her and asking for her hand in marriage. Edith, who'd believed Ronald had forgotten all about her, was engaged to another man by that time. However, she agreed to meet and their love was rekindled. She broke off her engagement and quickly was engaged to Ronald, marrying him three years later in the Catholic Church, having converted to Catholicism.

Their union lasted their entire lives—Edith died at the age of 82 in 1971, and Ronald followed her 21 months later in 1973. They had four children—three boys and a girl.

Ronald, who began writing in earnest after completing service in WWI, often composed stories specifically for the amusement of his children. He worked as a professor at various schools, and while at Pembroke College, he wrote The Hobbit, which was published in 1937 to wide critical acclaim, receiving a Carnegie Medal nomination and a prize from the New York Herald Tribune for best juvenile fiction.

Tolkien wrote The Lord of the Rings trilogy between 1937 and 1949. The first volume was published in 1954 and has gone on to become one of the best-selling novels in history, with over 150 million copies sold. It has been reprinted many times and translated into many different languages.

Tolkien, who enjoyed great success and wealth during his lifetime, continued to write up until his death, with several of his books being published posthumously. He was appointed a Commander of the Order of the British Empire on January 1, 1972 by Queen Elizabeth II.

It took several years before Jackson got around to making The Hobbit films, but after much negotiating, the first one—The Hobbit: An Unexpected Journey—began filming in New Zealand in March 2011.