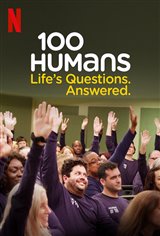 In this reality series, 100 people of various ages, ethnicities, genders and sexual orientation are gathered for a number of research tests. They're given hypothetical tests, including deciding how much time a (supposed) criminal is given for crimes to determine if good looking people are looked upon more favorably and thus, given less time. Also, there are tests using actors to see whether people are considered sexier when they're wearing street clothes or a uniform.

The show consists of eight episodes in total, and cover a wide range of ridiculous topics in a not very scientific way. Hosted by stand-up comedians Zainab Johnson, Sammy Obeid and Alie Ward, it's really only for entertainment purposes.