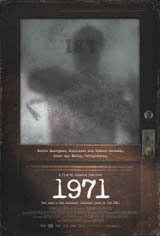 On March 8, 1971, eight ordinary citizens broke into an FBI office. Calling themselves the Citizens' Commission, they stole every document and file inside. With everything from harmless manuals to incriminating crime documents, the group began anonymously shipping the documents to various news outlets, exposing every secret.

The most significant revelation was COINTELPRO, a controversial, secret, illegal surveillance program overseen by lifelong Bureau director J. Edgar Hoover. The FBI immediately launched an investigation, but they were never able to catch the burglars and those responsible never revealed their identities. Until now.

In this documentary, the burglars speak for the first time about what they did. The consequences and implications of their actions - then and now - is examined.