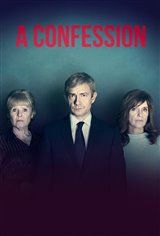 Meanwhile, in the same neighborhood, just a few doors away from Sian's mother Elaine (Siobhan Finneran), Karen Edwards (Imelda Staunton) has gone through a lot with her drug addict daughter Becky. She's tried everything to get her clean, including rehab, but nothing has worked. The girl comes and goes, and Karen hasn't seen her for years, but because her ex-husband's family claimed to have seen Becky not long ago, she has never filed a police report. Until the police discover that whoever took Sian has done this before.

When Steve Fulcher catches the perpetrator, he gets a confession, but because he didn't follow strict protocol, he risks his career and reputation.

Based on true events as depicted in the book Catching a Serial Killer by Stephen Fulcher.