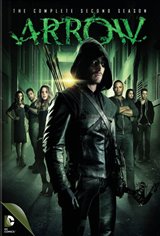 The second season opens five months after the death of Tommy Merlyn. During this time, Oliver has been residing at the very same island where he was captured for five years.

Slade is introduced this season and he changes the team's dynamics, including causing one member to land in the hospital. Slade also puts the life of one woman in danger - who happens to be the girl Oliver loves.