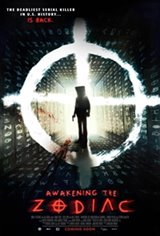 In 1968, one of the deadliest serial killers in U.S. history disappeared without a trace after killing 37 people in cold blood. His identity and cryptic messages remained unsolved for decades...until now.

When Mick and Zoe Branson (Shane West, Leslie Bibb) discover a forty-year-old film reel depicting two gruesome murders taken by the killer himself, they set out to solve the mystery in an attempt to claim the $100,000 reward. They painstakingly go through the clues, but the closer they get, the more in danger they find themselves.

Canadian Connection: Filmed in Ottawa with a mostly Canadian cast and crew.