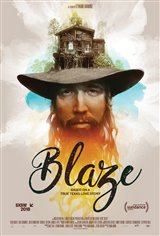 8 votes and 2 Reviews | Write a Review
The outlaw country movement of the '70s and '80s spawned many music legends. Willie Nelson, Merle Haggard, and Waylon Jennings spring to mind but Blaze Foley likely isn't the first songwriter you'd assign this status to.

However, since his tragic death in 1989, the legend of Blaze has grown almost as big as the man himself. He left little behind in the way of tangible legacy, as his achingly intimate and personal songs were seldom recorded; but those close to him knew a man who stayed true to his ideals no matter how many bar fights he got into over them.