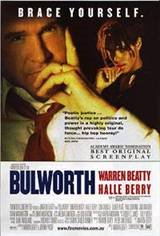 Warren Beatty usually has the easiest casting decisions -- he just casts himself. Here he directs himself playing a seriously depressed U.S. Senator who takes a contract out on his own life. With his death impending, he starts to shoot from the lip, saying all the politically suicidal things he's always wanted to say but couldn't until he'd decided to literally commit suicide. But then a young woman falls into his life -- Halle Berry -- and he finds a new urge to live. Only problem is the killer he's hired is still bent on finishing the contract off and Beatty has to try and stay alive long enough to find the one man who can call the contract off.