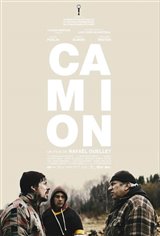 Germain has been a truck driver all his life. After being involved in a road accident causing the death of a woman, Germain's world collapses as he feels an overwhelming sense of guilt and remorse that keeps him away from the wheel.

His state of mind soon starts to worry his younger son Samuel, who puts his own janitor job in Montreal on hold to track down his older brother, drifter Alain, in New Brunswick, hoping to head back together to their hometown to give some support to their father.

By turning their family's dynamics upside down, Germain and his sons unravel a bumpy road that brings up to the surface what tied them up earlier in their lives and gives them hope for future days.