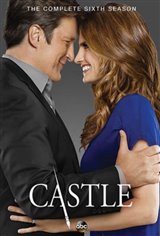 Castle and Beckett are now engaged. Beckett begins her FBI training which leaves her with less time for Castle. Beckett also goes on an undercover mission which soon turns deadly as she has to face members from the New York underworld. From murders reminiscing The Da Vinci Code to the sudden appearance of Castle's father, the season is packed with surprises.