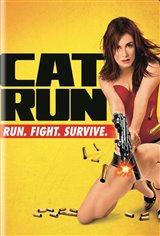 A high-end escort manages to get her hands on evidence that can unveil a major government scandal. To survive the gang of people out to silence her—including a ruthless assassin, the Mob and a corrupt US senator—she must rely on two bumbling private detectives to protect her.