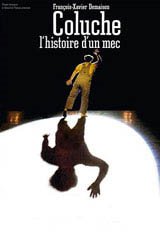 Disillusioned by the lack of connection politicians show towards workers and the marginalized, comedian Marcel Colucci, aka Coluche, decides on a whim to enter France's 1981 presidential election. Why not? The comedian, at his peak, fills halls every night. The working class recognizes him and the media eat from his hand.

Though surrounded by advisers, Coluche improvises. He revitalizes a desperate population but neglects his family, relegating them to the background. In tune with his electorate, Coluche is at odds with reality. His alliances with various parties, both left and right, divide his team as Jacques Attali, a personal adviser to François Mitterrand, leftist candidate for president, exerts a subtle pressure that he withdraw from the race.