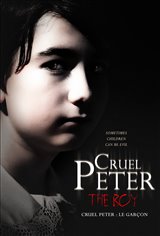 In this terrifying supernatural thriller set in the beautiful city of Messina on the island of Sicily, a cruel and torturous bully is killed in an act of revenge. A century later, a famed archeologist, Norman, and his daughter Bianca, move to the small Italian town to restore an old cemetery following the tragic death of Norman's wife and Bianca's mother. While trying to contact the spirit of her mother, Bianca unknowingly summons Peter, the 13-year-old boy hell bound for his violent and evil ways. Now Norman must uncover the truth to save his daughter from a curse before they become victims of Peter's vicious acts beyond the grave.