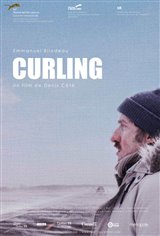 Jean-Francois (Emmanuel Bilodeau) has custody of his daughter, 12-year-old Julyvonne (Philomène Bilodeau). He doesn't allow her to attend school and limits her contacts with the outside world due to distrust and fear. Working two jobs, Jean-Francois himself is shy and reluctant to talk to strangers.

After Julyvonne makes a morbid discovery, she becomes interested in secretly making contact with the outside world. But what she doesn't know is that her father also has a secret. The fragile balance of their relationship becomes jeopardized by unusual circumstances.