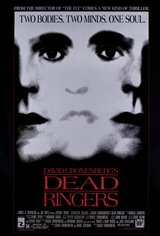 Though he's most famous for his portrayal of Victor Laszlo in 1942's Casablanca, actor Paul Henreid took a few turns behind the camera as evidenced by this 1964 thriller starring Bette Davis as twins Margaret DeLorca and Edith Phillips. After landing the beau they both sought after by falsely claiming she was pregnant, Margaret lives a life of luxury as the wife of a wealthy man. Now, 20 years later, a broke and lonely Edith has returned for revenge. After killing the recently widowed Margaret, Edith assumes her identity with plans of living the life she feels she's deserved all along. But in order to pull it off, she'll have to play the role of Margaret connivingly enough to fool her servants as well as a local playboy and the police. Dead Ringer was remade in 1986 as Killer in the Mirror, a made-for-television movie starring Ann Jillian.