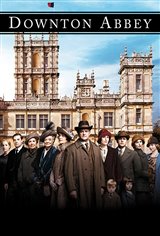 The first season opens just as the Crawley family receives word of the sinking of the Titanic in 1912. Because the heir to Downton Abbey drowned in the tragedy, the new heir will now be Robert's distant cousin, Matthew Crawley (Dan Stevens), whom they barely know.

Matthew and his mother, Isobel Crawley (Penelope Wilton), move to the village so Matthew can learn the duties of being the Earl of the estate. The family is surprised and somewhat shocked to learn that Matthew has a job as a barrister. His mother, Isobel, was a nurse and is particularly interested in helping the less fortunate.

Meanwhile, the servants have problems of their own. Mrs. Patmore (Lesley Nicol), the cook, is losing her eyesight, while Daisy (Sophie McShera), the young scullery maid, is bearing the brunt of the cook's frustrations. Loyal housemaid Anna (Joanne Froggatt) shows interest when Lord Grantham gets a new valet: John Bates (Brendan Coyle). However, Bates struggles with a leg injury that has left him requiring a cane, which makes him a target for footman Thomas Barrow (Robert James-Collier), who was hoping to get the valet position himself.