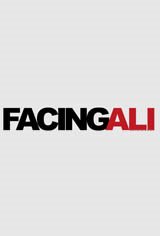 9 votes and 1 Reviews | Write a Review

Facing Ali follows the professional life of three-time World Heavyweight Champion Muhammad Ali who defeated almost every top fighter of the golden age of boxing. It features exclusive interviews with ten of his acclaimed rivals such as Ken Norton, George Chuvallo, Joe Frazier, George Foreman, Leon Spinks and Larry Holmes. Accompanied by archived footage, the former challengers pay tribute to Ali by giving a detailed recount of their experiences with him as well as providing snapshots of their own successful careers in the ring.