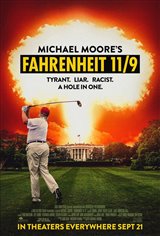 446 votes and 146 Reviews | Write a Review   Watch Trailer
Director Michael Moore predicted in July 2016 that Donald Trump would win the Presidency of the United States.

That doesn't mean that having Trump as the President was the outcome he'd hoped for. In fact, it was very much the opposite. Deeply dismayed, Moore questions what lies ahead for the country. He talks to a variety of Americans about Trump and the seemingly hopeless state of affairs.

He is told that if Trump were to be impeached, Trump's supporters would cause riots and violence around the country. It seems that's true, as Moore digs deeper into how and why Trump, a master distractor with his incendiary tweets, staff firings, and outright lies, still remains a hit with some Americans, while at the same time an embarrassment and liability for many.