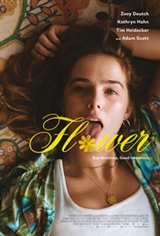 With Luke and her sidekicks Kala (Dylan Gelula) and Claudine (Maya Eshet) in tow, Erica acts out by exposing the kinky secrets of sexy high-school teacher Will (Adam Scott), with perilous results; their teenage kicks become a catalyst for growing up in unexpected and unpredictable ways.