Gonzo: The Life and Work of Dr. Hunter S. Thompson 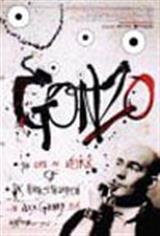 Thompson's personal life was as large as his professional one—fuelled by a love for whiskey, acid and guns.

Thompson's heydays were the '60s and '70s. In 1966, he won success with a book about the Hell's Angels, after spending a year with the motorcycle gang. The bikers weren't amused. Sonny Barger, a Hell's Angels figurehead, called him a "very good writer," but a "jerk."

Thompson went on to achieve celebrity status with his Rolling Stone pieces, covering everything from his own 1970 bid for the sheriff's seat in Aspen, to the 1972 George McGovern presidential campaign.