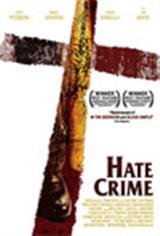 Robbie (Seth Peterson) and Trey (Brian J. Smith) live peacefully in a quiet neighborhood, until an unexpected conflict arises in the form of hostile new neighbor Chris (Chad Donella), a preacher’s kid. Blindsided by a brutal attack, Trey winds up in a hospital bed, fighting for his life. Chris becomes the prime suspect, but he has a solid alibi.

After he himself becomes a suspect, Robbie desperately attempts to carry out a complex and dangerous plan that will uncover shocking secrets and turn many lives upside down.