Henry: Portrait of a Serial Killer 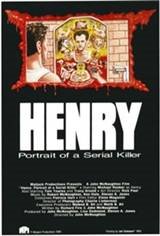 Though the title makes Henry: Portrait of a Serial Killer seem like a cut-rate slasher flick, the film is actually one of the most disturbing and terrifying examinations of mass murderers ever filmed.

Loosely based on the story of confessed murderer Henry Lee Lucas, the film follows Henry (Michael Rooker) as he selects innocent victims--occasionally with his roommate Otis (Tom Towles)--and kills them, capturing their murder on videotape. Many of these murders rank among the most brutal and violent ever portrayed on film.

The violence and the clinical, detached portrayal of Henry and his horrifying actions make Henry: Portrait of a Serial Killer a disturbing, thought-provoking film, but it certainly isn't one for every taste. Finished in 1986, the film wasn't released until 1990, when it was greeted with both positive reviews and considerable controversy.