I Am Chris Farley 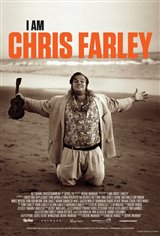 Comedian Chris Farley is remembered in this biopic. Using archive footage, the former Saturday Night Live star is shown from his early days in Madison, Wisconsin, through his work with on the legendary Second City stage to his rise to stardom on SNL and then in Hollywood feature films.