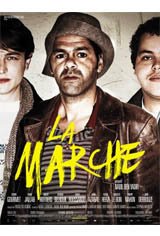 In 1983, Mohamed, Sylvain et Farid, three young men from an impoverished suburb of Lyon, organize a march from Marseille to Paris to raise awareness about racism. Guided by Christophe Dubois, their parish priest, the young peace activists are joined by various supporters, including a student and his aunt, a Canadian photographer and a grumpy cheese store owner. En route to Paris, the group, which continues to gather more and more people, faces hostility from passersby and the residents of the towns and villages where they stop. Despite the violence, discouragement and fatigue, the walkers arrive in the capital where they find more than a hundred thousand citizens waiting for them, who support their cause.