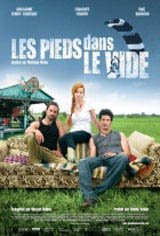 Charles, the owner of parachuting center, spends his summer between sky and earth with his young and reckless friends, Rafaël and Manu. Rafaël is a daredevil who dreams of becoming a pilot, whereas Manu has just lost his mother to cancer. The friendship of the group is severely tested when Charles falls in love with Manu, who already already had a connection with Rafaël.

Faced with Rafaël's increasingly irresponsible behavior, Charles forbids to him to jump. Rafaël begs to be included in an illegal activity that Charles and other experienced parachutists organize each year: jumping from the top of a building in downtown Montreal.