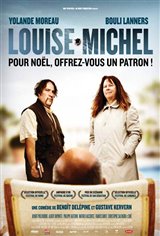 Arriving at their place of work one beautiful morning, female factory workers in Northern France have the surprise of their life when they find nothing besides the four walls of the place—the machinery they operated has disappeared in the middle of the night. Indignant, Louise, a gruff, illiterate woman, suggests to her co-workers that they kill their boss. They all agree and pool their meagre resources to hire a professional killer, Michel.

He's a security manager at a trailer park, and unable to actually kill anyone, he gets terminally ill people to do his dirty work instead. When a stupid decision he makes causes the death of a wealthy industrialist who wasn't even implicated in the factory closing, Louise decides to make sure the job is done right and accompanies him to Brussels, where she thinks her odious ex-boss is currently staying.