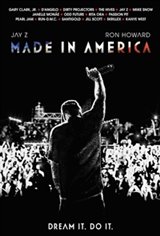 Narrated by Academy Award-winning actor Forest Whittaker, Dogtown and Z Boys director Stacy Peralta's unflinching documentary offers one of the longest-running civil wars in the history of America though a deeply humanistic lens. The Bloods and Crips are two of South Los Angeles' most notorious African-American gangs.

While many outsiders simply cannot understand the decades-long cycle of despair and destruction that has come to define their daily lives, the individuals who comprise each gang are not simply mindless, gun-toting thugs, but real people with real families who have become caught up in a struggle from which the only escape is often death.

Beginning with an illuminating look at the genesis of LA's gang culture, Crips and Bloods: Made in America follows the bloody feud that would stretch on for a grueling four decades, revealing the turf wars, hierarchy, family structure, gun culture, and stringent rules through interviews with gangsters past and present, as well as experts, activists, and academics.

Throughout the film, the numerous issues blanketing the streets of South LA with a deep sense of dread are reflected upon by gang intervention experts, former gang members, writers, and academics in an effort to examine the erosion of identity that helps to perpetrate black self-hatred, prison culture, and the disappearance of the black father in the home.