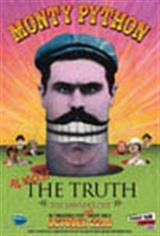 Monty Python reunites in this outrageous comedy and also features some of today's biggest comedians including Jimmy Fallon, Eddie Izzard, Dan Aykroyd, and Seth Green. The Pythons are matched against their contemporaries: rock stars, comedians, actors, politicians, Python-haters and potential axe murderers, in this never-before-seen outrageous comedy from the biggest comedy troupe of all time. Watch as Monty Python is brought to life on-screen in this six part mini-series which is airing on the IFC Chanel.

First time the Pythons have come together since 1983. Contains all new interviews. Features the famous Life Of Brian TV Debate from 1979.