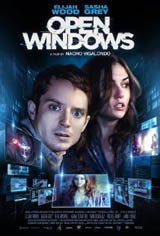 Famous actress Jill Goddard (Sasha Grey) refuses to have dinner with a fan named Nick Chambers (Elijah Wood), even though he won a date with her in an Internet contest.

A man named Chord (Neil Maskell) tells Nick he's Jill's manager and helps Nick track Jill's footsteps from his own computer. Nick begins to realize that he's part of a plan devised by Chord to hunt down the star.