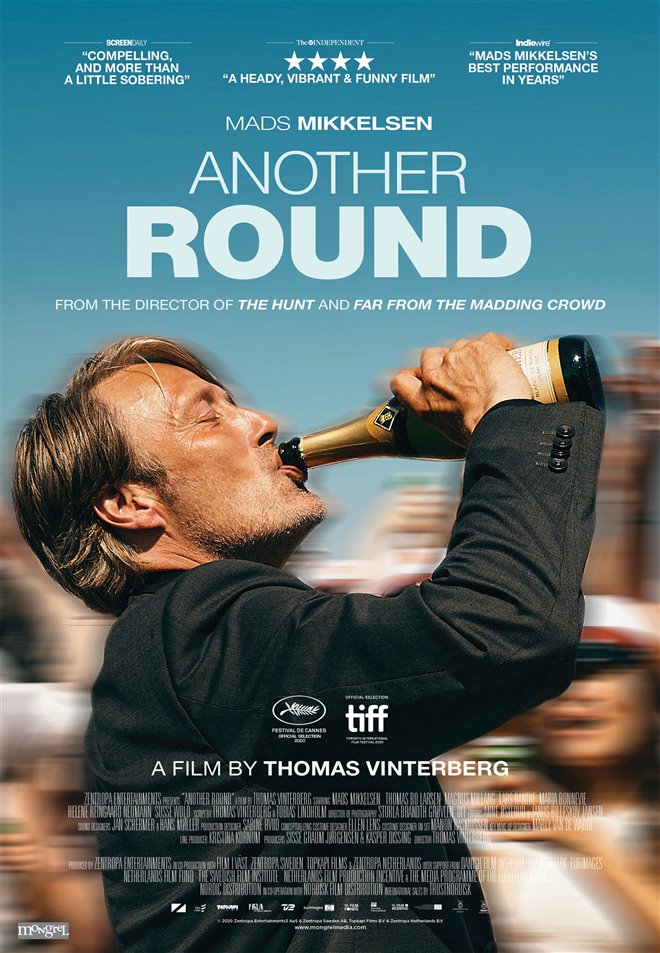 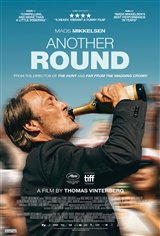 Once the brightest teacher at his high school, Martin (Mads Mikkelsen) has fallen into a seemingly permanent funk. At a birthday celebration, his three closest colleagues cajole teetotaller Martin into having a celebratory drink. That's when the troublemaker of the group, Nikolaj (Magnus Millang), tells them about an obscure philosopher who says humans aren't born with enough alcohol in their blood. As an “experiment,” he proposes they all drink constantly throughout the day — but only on work days and not after 8 p.m. — to maintain the “proper” blood-alcohol level of 0.05 percent.

Initially they feel great. A reinvigorated Martin begins to engage with his students and shocks his long-suffering wife, Trine (Maria Bonnevie), with his newfound zest. But as the gang pushes their experiment further, the men begin to experience serious problems, from erratic behavior to an inability to limit their intake.

In Norwegian with English subtitles.