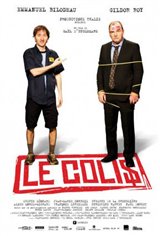 Michel Beaulieu can't get a break. A car courier, he not only has parking tickets to pay but because of traffic, he has a hard time making deliveries on time. Because of the delay, his client Jacques St. Louis, an arrogant businessman, refuses to pay. Michel loses his job; his wife Lucy decides to take break from him, at least for a while; and she moves to get his visitation rights with their daughter Jade, whom he adores, removed. In desperation, Michael agrees to fulfill the mission of a shady loan shark by kidnapping a gambler who owes him a large sum. It turns out this man is none other than Jacques St. Louis.