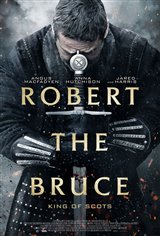 Scotland, 1306. Robert the Bruce (Angus Macfadyen) is told he cannot have the one thing he wants — to be King of Scotland. During a sword fight, he kills his chief rival for the throne, John Comyn (Jared Harris). This leads the English army to put a bounty on his head. He flees, but due to injury, he collapses in the snow, where he's discovered by a widow and her family.

They recognize him as their king and nurse him to health in their tiny mountain cabin. After recovering, Robert the Bruce leads his people in a fight for freedom to reestablish Scotland as an independent country.