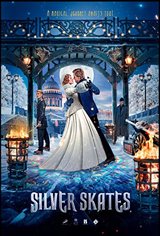 Set in 20th century St. Petersburg, 18-year-old Matvey (Fedor Fedotov) works at a local bakery, making deliveries on his skates. After he is fired without just cause, Matvey is offered a job by the clever and sophisticated Alex (Yoriy Borisov) to pickpocket people roaming the canals.

On the other side of the city is Alisa (Sonya Priss), a wealthy but unsatisfied bride-to-be. Locked into a marriage she doesn't want, Alisa strives to escape life in her father's mansion and the fiance that is obsessed with her.

When Alisa meets Matvey, who now lives a life of crime, the two are drawn together even though they are different. With a newfound bond, the young lovers fight to live life on their own terms as they encounter people and dangerous obstacles trying to keep them apart.