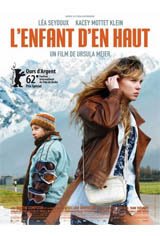 Simon, 12, lives in a rundown apartment in a valley with his sister Louise, an irresponsible young woman. To get money to support both himself and his unemployed sister, the boy steals from rich tourists on ski vacations at the mountain resort that overlooks the valley. Disguised as a young ski bum, Simon easily doubles his take with the help of an assistant cook who stashes his stolen goods until he’s ready to go back down to the valley, where he sells the stuff for cash. Meanwhile, Louise pulls herself together and finds a modest job as housekeeper, but Simon has already begun to slide down a slippery slope.