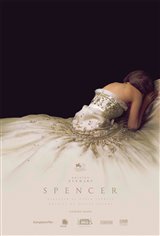 Princess Diana (Kristen Stewart) is at odds with the Royal Family. They want her to keep up appearances as her duty as a member of the family. However, Diana wants to expose her quirky and unique personality to all, even the media. When she travels to Sandringham House to spend the Christmas holidays with her husband, Prince Charles (Jack Farthing) and the rest of his family, including their sons William and Harry, she arrives late, having decided to drive herself rather than have a security team.

When she's brought designer outfits to change into several times per day, she balks at having to wear them and will only cooperate with her favorite staff member, Maggie (Sally Hawkins). When Maggie is sent away, Diana begins to have hallucinations. She struggles as her young sons beg her to be normal and not disrupt the holiday.