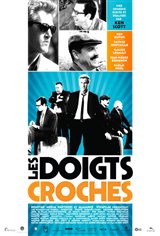 Montreal, 1960. To carry out the "crime of the century" Richard recruits his criminal pals. On the night of the robbery the police turn up and they've got to proceed swiftly to plan B—they will give themselves up, but one of them will escape with the $2 million.

Four years later, when they get out, the five accomplices hope to find their accomplice and the nest egg. They're flabbergasted when they learn that he's given them two conditions before they can get to the money—they have to walk the 830 km of the pilgrims' route of St-Jacques-de-Compostelle, and more importantly, they all have to have changed their ways.