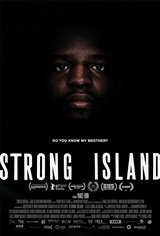 This documentary by Yance Ford documents his older brother William's murder in April 1992. William Ford Jr., a black 24-year-old teacher who was on the verge of becoming a police officer, was the eldest child of Barbara and William Ford when he was shot in the chest by Mark Reilly, a white 19-year-old mechanic.

Ford had taken his car to the auto shop where Reilly worked. Unarmed, he walked inside and was shot. When police arrived, the wounded man was treated as a suspect rather than a victim. Reilly claimed he'd shot Ford in self defense and the Grand Jury subsequently refused to hand down an indictment.

Questions later arose — could Ford have behaved in a threatening manner? At one point, he told Reilly that as soon as he became a police officer, he was going to have the shop shut down. Or was this a blatant case of racism, perpetrated on a family that had moved from the racially segregated South to the safety of the New York suburbs to make a better life for their children?