Target Number One (Most Wanted) 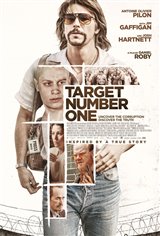 Investigative journalist Victor Malarek (Josh Hartnett) is excited about getting an interview with a big time Canadian drug dealer, Daniel Léger (Antoine Olivier Pilon) arrested in Bangkok. He promises his boss at the Globe and Mail that if he can spend two days in Thailand, he'll come back with an national scandal.

He goes to interview Léger, who tells him he was involved in a drug deal with the wrong people for the wrong reasons, which has gotten him thrown into a Thai prison and slapped with a 100-year sentence. As he tries to survive his Bangkok incarceration, Malarek decides to go after the shady undercover cops responsible for wrongly accusing Daniel.

Inspired by real events that took place in 1989.

Based on the exploits of Canadian investigative reporter Victor Malarek. His autobiography was earlier made into a 1988 film titled Malarek. Many of the cast members are Canadian, including Stephen McHattie, Don McKellar and Antoine Olivier Pilon.