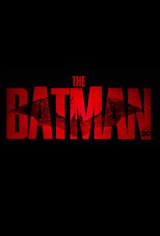 Set during Bruce Wayne's (Robert Pattinson) early years, as he tries to figure out exactly how to be Batman.

When a man is killed, his face is completely duct taped with the message "no more lies" written on top. Police are called in to investigate, but a greeting card, written in riddles, is left at the crime scene for Batman. As more crimes take place, more letters are left for Batman. Iconic Gotham characters such as Catwoman (Zoë Kravitz), Riddler (Paul Dano), and the Penguin (Colin Farrell) are featured in the film.