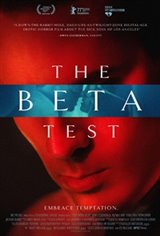 Hollywood agent Jordan Hines (Jim Cummings) is soon to be married. One day he receives a mysterious purple letter inviting him to a secretive sexual encounter at a hotel. Foolishly, his curiosity leads him to the hotel, but before he enters the room, he finds a purple mask hanging on the doorknob, which he's expected to wear. When he enters the room, there's a woman inside, also wearing a purple mask.

Afterwards, realizing what he's done, panic and paranoia creep into his everyday life. He starts drinking to the point of alcoholism. Curious about why he received the invitation, he decides to delve into the mystery behind the letter. He gets absorbed after getting closer to the lies and secrets that the Hollywood elite are hiding.