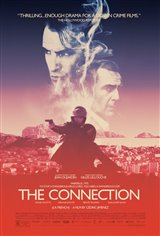 Marseille, 1975. Magistrate Pierre Michel, originally from the city of Metz in northeast France, has moved to Marseille with his wife and two daughters. Effective and ambitious, he’s quickly appointed a judge of organized crime by the prosecutor. But it’s not an easy position. Marseille is the hub of the global heroin trade, particularly en route to New York, which is held by the iron hand of the French Connection, led by the formidable Gaetan Zampa.

Tension quickly develops between the two men, with Pierre making use of radical methods, bordering on the verge of illegality, while Zampa is protected by an unwavering law of silence. When Zampa brutally assaults of one of his rivals in vengeance, Judge Michel discovers that the police division with which he works is infiltrated by the sprawling mafia organization.