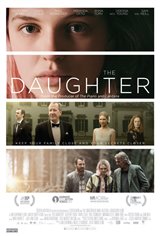 After a 15-year absence, Christian (Paul Schneider) returns home to rural New South Wales for the marriage of his wealthy father Henry (Geoffrey Rush) who owns a local mill. During his stay, Christian reunites with his old friend Oliver (Ewen Leslie) and feels drawn to Oliver's family, including his wife Charlotte (Miranda Otto), his daughter Hedvig (Odessa Young), and his father-in-law Walter (Sam Neill).

The community, especially Oliver's family, is shaken when Henry announces the closure of the mill and bitter family secrets bubble to the surface. Christian threatens not only his own safety, but that of his family as he unravels his family secret.