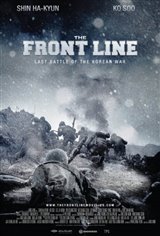 As the Korean war drags on despite a ceasefire, two remaining battalions fight a final battle on the front line. A South Korean battalion fiercely battles against the North for possession of a hill that will determine the new border between the two nations. As the fight rages on, the ownership of the hill changes multiple times each day.

Lieutenant of the Defense Security Command Kang Eun-Pyo is dispatched to the front line to investigate what's happening when a bullet that came from a South Korean Army gun is found in the body of a dead South Korean army company commander. But when Kang meets his friend Kim, who has turned into a war machine, he gets spiraled into the war that's more terrifying than death itself as both sides become more vicious, resulting in countless deaths.