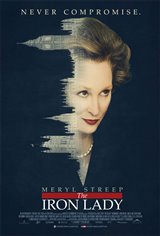 The story of Margaret Thatcher (Meryl Streep), who was the Prime Minister of Great Britain. The film opens with Thatcher, a widow in her 80s and goes back through her youth as the daughter of a grocer; her early interest in politics; her years at Oxford through to her 1959 entry into Parliament and the 2005 London terrorist attacks.