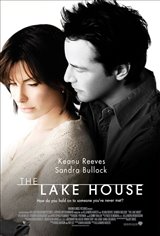 Watch Trailer
An independent-minded doctor (Sandra Bullock) who once occupied an unusual lakeside home begins exchanging letters with its newest resident, a frustrated architect (Keanu Reeves) and discovers that, incredibly, they are living two years apart. As they begin to reveal more of themselves to one another through their continuing correspondence, they find themselves falling in love.

Determined to bridge the distance between them and unravel the mystery behind their extraordinary romance, they tempt fate by arranging to meet. But by trying to join their two separate worlds, they could risk losing each other forever.

A remake of the Korean film Siworae.