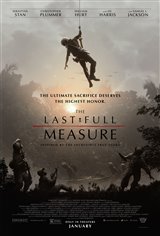 The true story of William Pitsenbarger (Jeremy Irvine), an Air Force medic who saved over 60 men in one of the harshest battles of the Vietnam War. Offered the chance to escape on the last helicopter out of the combat zone, Pitsenbarger chose to stay behind to save and in order to defend the lives of his fellow soldiers.